python having different types of in-built functions from them replace() is one of the function.
old value:  The value that we want to replace.

new value: The value we want to replace with is the new value.

count: The number of times of the value we want to replace old with the new value.

Output:  my name is python
she is a very brave girl
They have more kmorewledge in python 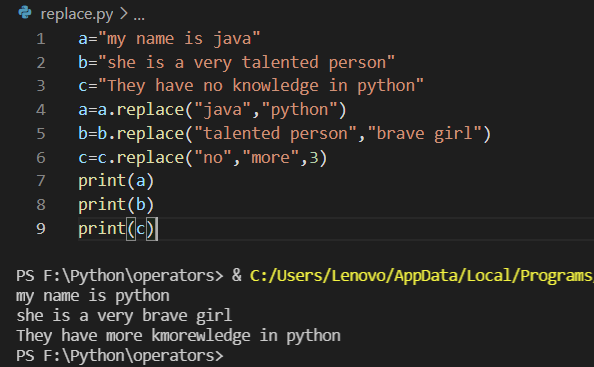